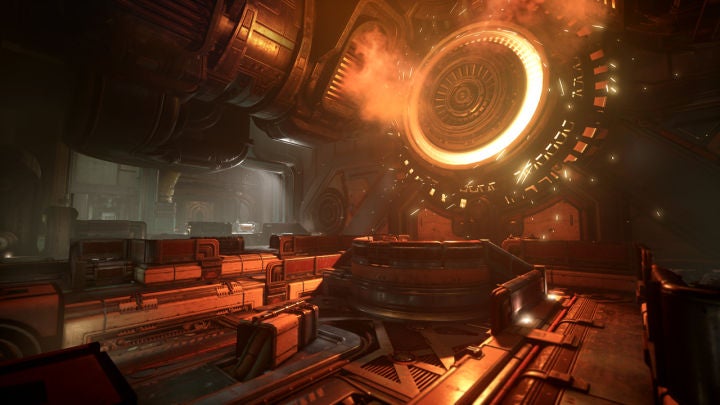 Unlike Horde’s pressure to defend, Escape asks you to, well, escape. And quickly. In it, a group of up to three players (online or local co-op!) must make their way through a maze-like Hive as their own deadly venom bomb trails behind while plenty of Swarm wait ahead.

It turns out “handling it” meant trying and failing several times before they finally figured out a strategy for the Hive’s last treacherous room. Their close encounter with yet another failure ended in a spectacular battle where their last remaining ally and one nearly ran out of ammo trying to take down a tornado of disgusting Swarm leeches. It was, frankly, awesome. Feeling like they deserved a reward for finally completing it, only to realize they gained a new modifier to amp up the difficulty further.

Each character also has their own XP and equippable skill cards that can be upgraded to increase their benefits. Unequipping skill cards can also make a run more challenging if you’re into that.

Lahni, Keegan, and Mac are Hivebusters, a new group within the Gears universe who are determined to go on these suicide missions to eliminate Hives. We’ll have more on their backstory and how it ties to Gears 5 on June 18, but know that these three characters won’t be the only characters you can play. Eventually, other Gears characters like Kait will make their way to Escape with their own classes and special abilities. The character abilities will also be in Horde, but not in the Versus modes.