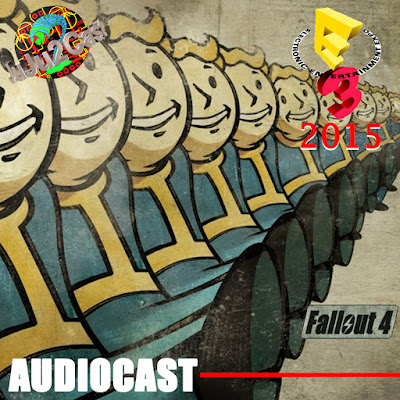 Tried to watch on my xboxone via twitch.tv but sucky sound & picture so watched live on YouTube live! Way better!!

When entering the hud to switch weapons time slows plus 1st person chainsaw , then character dies at end by getting his arms ripped off and used to slap his head to death.

Next Doom multiplayer was shown!

Doom Snap map create your own levels in both single & multiplayer share with anyone on any platform, easy to use and create!

Lastly the showed the the doom in hell level, no release date except for a spring 2016 release for XboxOne,Ps4,&PC!

They stated all the online & creation tools like elder scrolls online were using the Bethesda......

* Arkane Studios: an assassin game like the darkness attributes  (Dishonored 2),  for all consoles in March 2016

* (fallout4) tod howard comes on stage, he metioned that he was old 21 years in the business even before e3 began!

Showed a brand new facial creator powerful, & can play as a man or women with dialog

They show the game before the fallout ( didn't show off all due to Keeping a surprise), nuclear war the baby survives the bomb

Play in 1st or 3rd person still with dynamic dialog

Meet up with the dog and give it commands, vats & rad roaches still in game!!

A new advanced pip boy introduced, with motion graphics, ability to play audio files, & games like a rip off of donkey Kong

He introduced the pip boy edition, put your phone in it, plus you can use the app on your android/ios without pip boy

They created a mobile game called (fallout shelter), create your own shelter, available  for free no pay walls or online needed! Only ios?

In fallout 4 you can rebuild your own structure, a place for you & your dog to live in veery in depth! "Tod howard states it just work's!" Can build defence like turrets ect. An optional part of fallout4

Tons of weapons & over 700 mods for those weapons!!

Even mod your own power armor...

In the aftershow Todd howard stated there is More! When it comes to Fallout4 that wasn't shown yet....