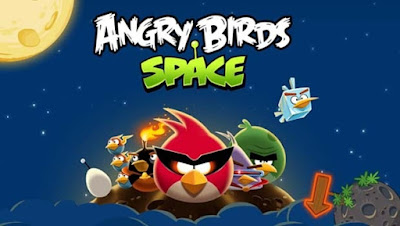 Angry Birds Space has launched simultaneously on iOS, Android, Mac and PC on March 22nd. Free on Android Me Mr. Mike has downloaded the game and is soon going to play it. So all you android guys download the game now & get hooked in the super new space gameplay from Rovio!!!

Rovio Note: “The game will retain the basic elements of Angry Birds, players will "have fun with physics" and gameplay will be affected by both the weightlessness of space and the gravity wells of planets. The game's birds have been "transformed into superheroes" and will have brand new costumes and abilities.”

UPDATE: Me Mr. Mike has been playing the new rendition of Angry Birds Space And sure enough it is addicting as ever, with physics based levels of space and planet gravity sling shooting my birds one by one watching them fly through space and around planets over and over again till they finally hit their target is very fun and addicting! Note: Angry Birds Space is free on Android!!