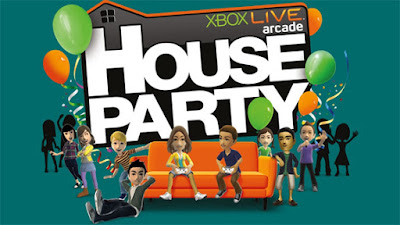 ARCADE NEXT
XboxLive’s Spring Of Arcade??

All four of these games, dubbed "Arcade Next," by Microsoft also welcome the start of 400 gamerscore for XBLA games. What do you think about the Live game Cap raising and the games to be epiced for this?

Spring’s most anticipated Xbox LIVE Arcade games are headed to your living room with “Arcade NEXT” from Microsoft Studios and Xbox LIVE. Beginning April 18, a new downloadable title will launch on Xbox LIVE from Microsoft Studios every Wednesday, through May 9. Also, starting in April, all new Xbox LIVE games (like these) will include up to 400 Gamerscore, with up to 30 Achievements available to unlock.

TRIALS EVOLUTION, April 18 for 1200 Microsoft Points
“Trials Evolution” is on every front, the next dimension of the smash-hit, award-winning “Trials HD.” Bust out of the warehouse into an outdoor world of night and day, curved driving lines, and spectacular scenery. Multiplayer comes alive in your living room or on Xbox LIVE. Build your own tracks with the in-game editor or download those of any other player from the new Track Central. Customize your bike and rider with awesome gear and unique parts, enjoy innovative skill games, try ghost racing, beat your friends’ scores and more! Don’t miss the madness!

BLOODFORGE,  April 25 for 1200 Microsoft Points
With a brutal combat system, stunning art style, and a deeply compelling story, “Bloodforge” empowers you to slaughter hordes of demonic soldiers, deformed worshippers, and the gods themselves, using ferocious Rage Kills, devastating Rune attacks, and furious Weapon Combos. Help seal Crom’s fate – and the fate of the rest of the world – in this dark, visceral story of revenge, betrayal, and destiny. 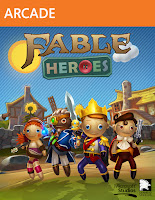 FABLE HEROES, May 2 for 800 Microsoft Points
“Fable Heroes” is an action-packed, hack-and-slash adventure built for Xbox LIVE . It delivers a fresh spin on the “Fable” franchise with a unique art style and gameplay that takes playful competition to the next level. Whether on the couch or using Xbox LIVE, up to four players work together to defeat enemies while also competing with one another to collect gold coins and level up. Precious gold collected in Fable Heroes can be imported into the forthcoming Kinect title, Fable: The Journey, providing players with a valuable head start from day one.

MINECRAFT: XBOX 360 EDITION, May 9 for 1600 Microsoft Points
The infinite possibilities in “Minecraft” just got bigger. “Minecraft: Xbox 360 Edition” brings the global phenomenon to console gamers for the first time. The Xbox LIVE Arcade version of the game features an innovative new crafting interface, natural controller movements, a full Tutorial mode to teach the basics and for the first time in “Minecraft,” split-screen multiplayer as well as over Xbox LIVE.