SimCity 5 Anyone??
A World worth building then Destroying at will!! 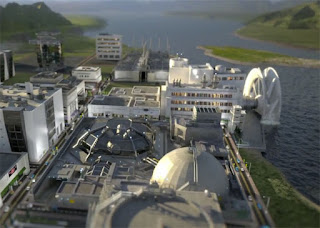 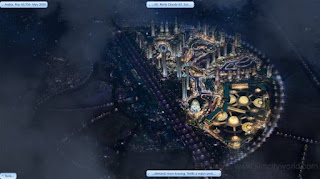 Well it’s unofficial that the new SimCity is called SimCity 5 but why not I think it should and probably will be at least in a code name.  I remember SimCity back when it was basically SimCity, back when I began playing it on a Windows 95 PC which the series dates back before Windows 95!
Back when it was as basic as you can get it with pictures or clip art images of cities would emerge very flat non 3D elements of buildings, structures, people, vehicles, Ect. but intriguing enough for me to feel like a god.  SimCity then became more 3 dimensional in graphics and how things worked in the virtual world where I have spent countless time playing forever in and never left my PC.  It eventually came down to SimCity 4 which I did not get and have missed out on, and for a while now the compatibility of the games is hard to duplicate. Now finally Maxis a division of EA has officially announced the SimCity 4 successor, with new superior HD graphics, realistic buildings and cities, more choices, & the more personal nature of the game when you can zoom right in to the action never like before!  The only details for this game are very scarce and I’m sure at E3 there will be more info other than the announcement trailer and photos given to us.  It is said that it will ship 2013 maybe the spring or late fall by Christmas time but anymore details than that are not official.  But here’s hoping that we can come back and relive our virtual glory days building something that we can control then destroying it at will. I know that this will be a title that will keep me at my PC longer than I have to for all the fun that I can or cant imagine here’s hoping!?!

Here are 2 videos one official and one not so official on SIMCITY 5! Have Fun ENJOY!


The Official Trailer for SimCity 5!


Here's the CryEngine2 Unofficial tech Demo of what SimCity 5 could look like ENJOY!