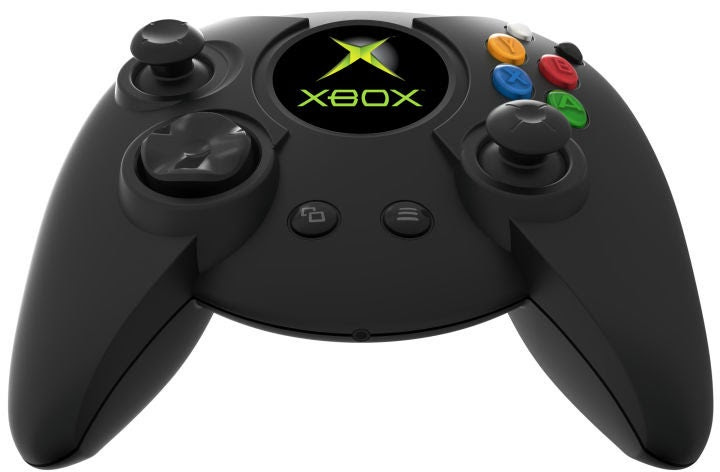 The original controller bundled with the first iteration of Microsoft's Xbox is returning after sixteen years.
Gizmodo reports that Hyperkin is making a replica of the 2001 "Duke" controller, which can be used via a nine-foot cable with Xbox One and Windows 10 PC.

The controller is almost an exact copy of the "Duke," including the black and white buttons, which are likely mapped to what we now know as the left and right bumpers. There are, however, slight improvements with the large static Xbox logo in the center of the controller being replaced with an LCD screen that displays an animated logo instead.

We are yet to see a price or release date for the oversized controllers, but Hyperkin has said they will be 'limited edition,' so if you're after the trip down memory lane you'll want to keep your eyes peeled.