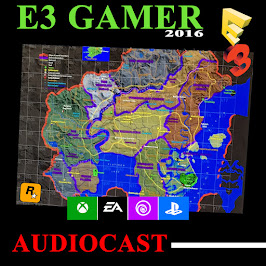 •    Opens up the show with an epic orchestra music experience and

performers here I love good epic music, and a women maken sounds into a

an older Kratos with his son? So God of War 4?!  Kratos has a beard Now

wow!  And he just ripped into the hell mosnters with an epic magical

axe and moves.  Kratos goes up against a boss troll with son as his son

shoots it with his lightning bow Kratos beats the shit out of it, and

his son shoots Kratos accidently in the arm wooops..  they find the

kill it with a knife sad bonding experience wow….  God Of War  showed a

guy playing it to show it was real gameplay Demo!  So the score was for

happened and gave their support for them.

•    A trailer goes on for DaysGone, don’t know what its exactly

it back to her village, when she gets there she goes up against a giant

robot mech like creature attacking her home.  She then shoots fire at

it while stringing it up by ancoring it down killing it.  Horizon Zero

Conor that you make up your own story decisions. trailer

•    Starting this gameplay trailer in a spooky dark messed up

That was Call of Duty Infinite Warefare, then they show off the

•    Activision is Bringing back Crash to Playstation with

•    Skylanders create your own

funny in 2 weeks to play.

brings Hideo Kojima on stage, with a game… walking through dead crabs

•    So Insomniac games making a Spiderman Game? Wow is this only

•    Shawn Layden comes back out on stage to say thanks to everyone,

shows a Live demo of Days Gone to finish the show a New IP, also

showing the guy playing the game in real time.   The man creates a

muzzle for his gun using an air filter from a vehicle, looks like a

•    Then they end the press conference with their video montage

showing all the games and stuff like PSVR! And a brief glimpse of their