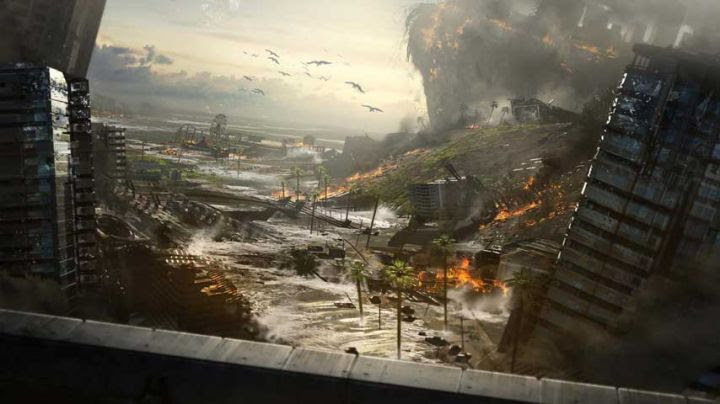 Cliff Bleszinski's new studio Boss Key Productions will officially reveal Project BlueStreak this week.
The news comes courtesy of the Gears of War creator's Twitter, with publisher Nexon also having set up a teaser site for something called "The Shattering". An accompanying countdown clock is set to run out at 9am PT / 12pm ET / 5pm GMT on Wednesday, August 26.


Though a slew of posts on the site and in other places make reference to "The Shattering", Bleszinksi has stressed this isn't the name of the upcoming game but rather of the event depicted in the image. For now, it looks like we're going to have to keep calling it Project BlueStreak.

Details are thin on the ground, but the studio boss has also made it clear the game isn't set in a post-apocalyptic world, adding "You guys really think I want to make another shooter with bombed out de-saturated ruins? Love Gears, but nope." Elsewhere on the site are countdowns for today and tomorrow at 9am PT / 12pm ET / 5pm, suggesting we're going to be drip-fed reveals as the week goes on.
Project BlueStreak is a free-to-play arena shooter currently in development for PC.