Jurassic World Beats The Avengers For Top Box Office Glory of All Time! 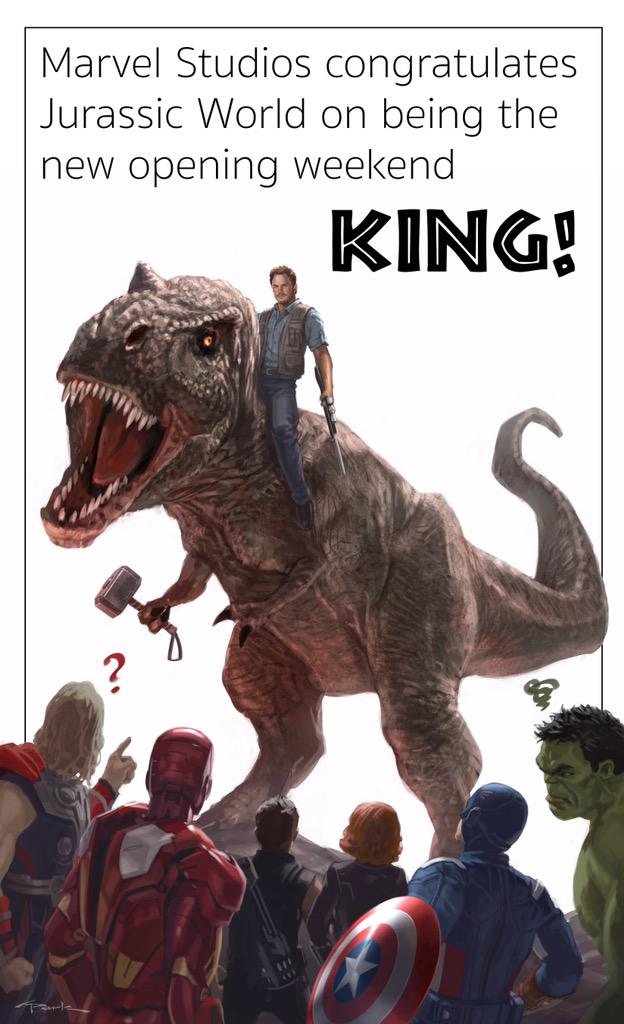 Marvel's The Avengers no longer has the bragging rights of scoring the biggest North American debut of all time. It was dethroned this past weekend by Jurassic World, which just so happens to star Marvel's Guardians of the Galaxy leading man Chris Pratt.

Avengers had held the opening weekend record with $207.4 million until Jurassic World surpassed it with an astounding $208.8 million.
Chris Pratt's next Marvel movie will, of course, be Guardians of the Galaxy 2.