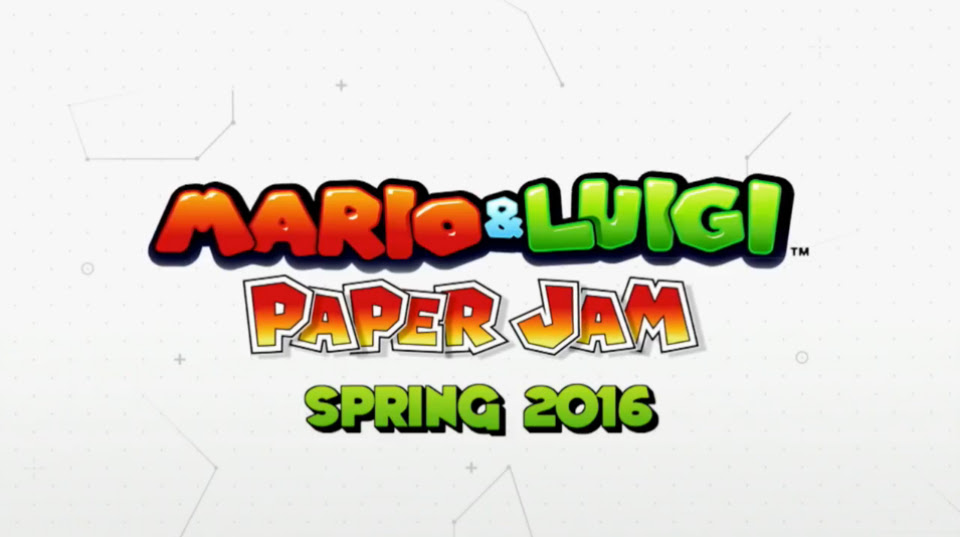 Mario and Luigi Paper Jam is coming to the Nintendo 3DS Spring 2016, Nintendo revealed during its E3 Digital Event today.
The new game combines the Mario and Luigi series with the graphical style and gameplay of Paper Mario.