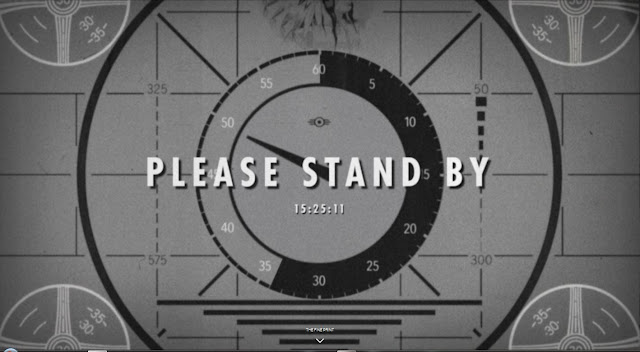 A countdown clock has appeared on a Bethesda-affiliated website, likely confirming the existence of the long-rumored Fallout 4. People have long speculated that Fallout 4 was in development based on rumors and leaked information. There have also been several hoaxes that have implied release dates or announcements, many of which have been debunked by Bethesda Softworks. Except for the main fact this is coming from the official Bethesda Site!

Rumors of a Guillermo del Toro-affiliated cinematic trailer arose earlier in May thanks to a LinkedIn resume leak. Previous rumors placed this reveal at E3 2015.
While several hoaxes have been debunked in the last year, there are still many rumors - some based on leaked information - that hint to a reveal of Fallout 4 in the near future.
According to documents leaked to Kotaku by a source associated with the Fallout 4's voice acting casting call, the next Fallout project is code-named The Institute. [1] the word "Fallout" never actually makes an appearance anywhere. The contents of the documents make it quite clear that the game is Fallout 4.

The beginning of one page starts with “War. War never changes,” perhaps the single most well-known line in the Fallout series. It discusses the main character’s great great-grandfather, who served in the army in 1945. Expecting that the bombs that ended World War II would be a harbinger of absolute atomic warfare, the narrator expresses surprise that it took until the 21st century for the world to end in nuclear fire.

Another weird but maybe non trivial clue for something Fallout based was the code Bethesda used for the countdown clock. Take a look at this as I tried to use the sources code...

Maybe it's nothing but still clues are clues, but lets face it we all know this is for something Fallout based, a trailer, photo, or maybe audio message who knows from there but we all will soon find out!