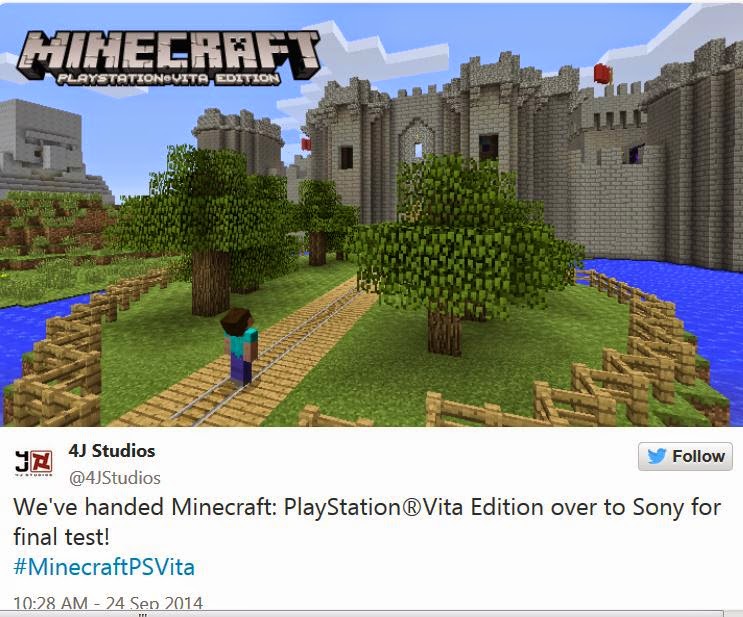 Minecraft: PlayStation Vita Edition is in its final testing with Sony, developer Mojang has confirmed.

The PS Vita version will be similar to the PS3 version and "will include all the features from the most recent PlayStation 3 version, including online play".

Those who own the title on PS3 will receive the Vita version for free. Players can alternatively get both versions bundled together for $19.99 with cross-save compatibility. This feature extends to any DLC bought on either platform.

Minecraft for PS3, PS4 and Vita were initially announced at Gamescom 2013. The PS3 release came out last December and the digital PS4 edition launched earlier this month. The retail disc edition of Minecraft for the PS4 will be released on October 3 in Europe and October 7 in the US and will require a day one patch.