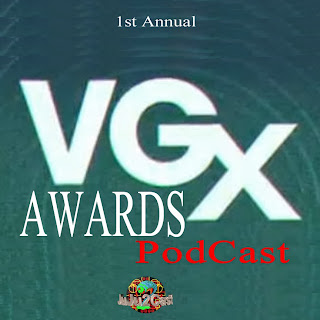 > Me Mr. Mike Talks the rundown of how Spike's Now called VGX awards show
went down. Just saying it was long and boring, I speak about the not so big
game premieres the VGX Awards had , lots of boring fillers, lots of bad
Nintendo PR mainly Reggie's lack of understanding and point odf views of
us as gamers, and our voice which we have no voice! Overall the only
good the VGX show had was Showing off the 2 New Titans fron TitanFall &
the GTA V concert at the end of the show.

VGX Awards was used to be called the VGAs hosting Big Stars & games Now
being an over hyped 3Hr Show!