The XboxOne Has Been Out For 2 Days Now So Here's Whats Going On! 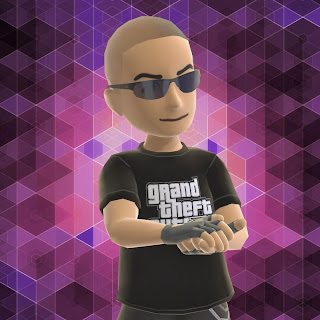 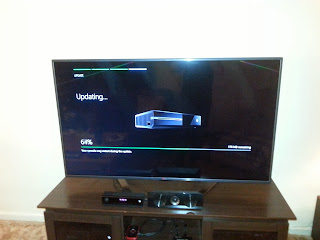 The 1st startup of the console takes about 5-6 minutes to adjust, then about 6-10 minutes depending on your connection to download and install the 500MB Day 1 mandatory update.
Then 5 minutes to calibrate everything from you Kinect 2 to your TV box.
Then whatever games you want too install could take 8 minutes to 30 minutes or more depending on the size of the game and if it is a digital download. Getting use to the Kinect 2 voice & hand gestures can be a fun but not knowing what commands to say after "Xbox" can be a bit daunting.
All in all my console aKa Mr. Mike's console of LOVE yes I said that is working properly a few tweaks and updates may be needed in the future for some features to work more properly like the TV control, Snap features, Game DVR, and some other minor glitches.
I Mr. Mike after setting it up and playing it for the first time give this console a strong 2 thumbs up in my geeky gaming book! Gongrats Microsoft!

(NOTE: More on my review later tonight via my JuJu2Cast Audiocast via Itunes or here at juju2cast.com 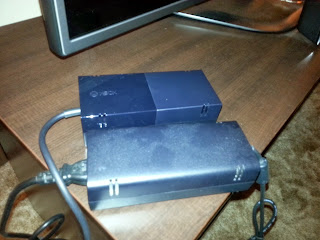 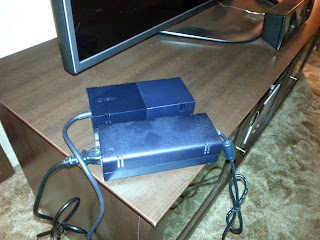 Yes that Damn Powerbrick is back basically the same size as the 360's but with a different console plug, This will be very hard for me to get both consoles plugged in at the same time due to I have NO space behind my entertainment center for both! Can You Say DALE MA?? 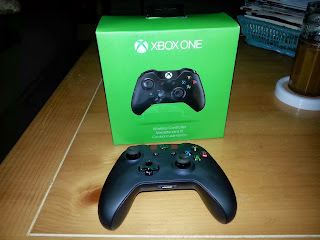 Yes I am Guilty for buying a second XboxOne Controller!
But I need it for Killer Instinct. 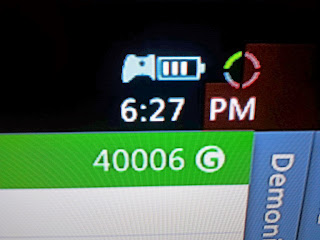 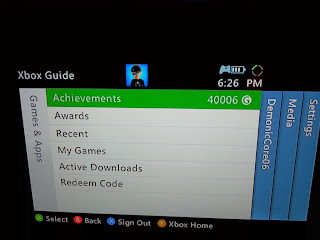 And for all of you Gamerscore Hores out there I just passed the 40,000G score right before my new console came, which I felt was a big success in my book!


NOW FOR SOME XBOXONE NEWS!! 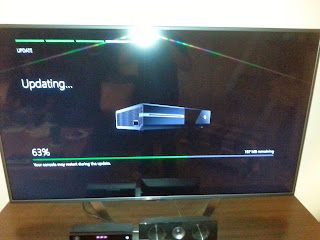 Microsoft has announced that Xbox One has already sold 1 million units around the world.
“We are humbled and grateful for the excitement of Xbox fans around the world,” said Xbox's Yusuf Mehdi. “Seeing thousands of excited fans lined up to get their Xbox One and their love for gaming was truly a special moment for everyone on the Xbox team. We are working hard to create more Xbox One consoles and look forward to fulfilling holiday gift wishes this season.”
These sales exceeded Xbox 360's launch, setting a new record for Microsoft's Xbox branch. Last week, Sony revealed that its PS4 had sold similarly -- 1 million in 24 hours.
In the last 24 hours, players have driven 3.6 million miles in Forza Motorsport 5, killed 60 million zombies in Dead Rising 3, pulled off 7.1 million combos in Killer Instinct, and slaughtered 8.5 million Ryse: Son of Rome enemies.

Though there may be solutions for you.

Update 2: A Microsoft representative provided this additional follow-up statement to JuJu2Cast:
"The issue is affecting a very small number of Xbox One customers. We’re working directly with those affected to get a replacement console to them as soon as possible through our advance exchange program. Rest assured, we are taking care of our customers."

One of IGN's office machines suffers from the same disc drive problem many have reported. When a disc is inserted, the Xbox One makes a grinding noise, but the disc is unaffected. However, Xbox One won't read any game discs. "Sorry, we can't play the disc," a notification says. "Try an Xbox One game, a music CD, or a movie on Blu-ray or DVD." But Guess what Mr. Mike's from JuJu2Cast.com has not had any problems or Disk Drive Errors! Hell Yea!!

"We know that with a hardware launch of this magnitude customers will have questions and we have many avenues for customers to get the answers they need and get back in the game as soon as possible," Microsoft told JuJu2Cast. "Rest assured we plan to take care of our customers. Any customer who believes they are experiencing an issue with their Xbox One should reach out to us through Xbox Support."

Microsoft customer support suggested JuJu2Cast return the faulty unit to Amazon, for quicker results than going through Microsoft -- Amazon will replace the unit, whereas Microsoft will repair it. Both are viable options for victims of malfunctioning hardware, however, and Microsoft's @XboxSupport Twitter team has been addressing concerns all day.