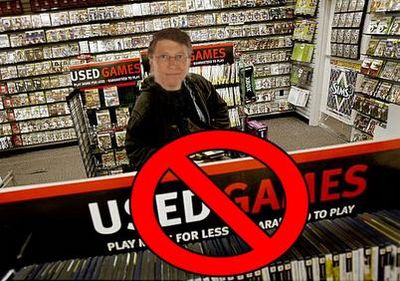 Microsoft is attempting to clarify what is quickly becoming a convoluted and confusing situation for gamers.
In a blog post, Major Nelson has some good news. "Should you choose to play your game at your friend’s house, there is no fee to play that game while you are signed in to your profile," Nelson wrote. The blog post also mentioned that customers will be able to trade and sell their used games at retail outlets.
However, Microsoft executive Phil Harrison, in an interview with Kotaku, has some potentially bad news. The aforementioned 'fee' to play games on a second account? Full MSRP. So unless you want to use your account for your entire family, you'll be dishing out an extra $40, $50, $60 for siblings or friends to try out new games. Harrison did tell Kotaku that his company plans to allow gamers to 'trade' their used games online somehow - though declined to get into further details.

But still here at JuJu2Cast.com Me Mr. Mike thinks this is a very bad turn for the Next Generation in gaming for Gamers and the used game market! It's still our right for 2nd sale and Now Microsoft and game companies want to take that away! If I can't sell my used games back for credit at like a GameStop or Sell them myself due to the fact others have to pay full price for that copy due to it being used & not able to be played till payed for the FULL MSRP on that title, well then I may be off like most of the Xbox One Bandwagon. DRM is in any case like this is still DRM! Sony did state they would not lock down your games with any DRM it was up to the publishers! So what are your thoughts on this situation?