Civitas A simcity KickStarter To Take on EA! 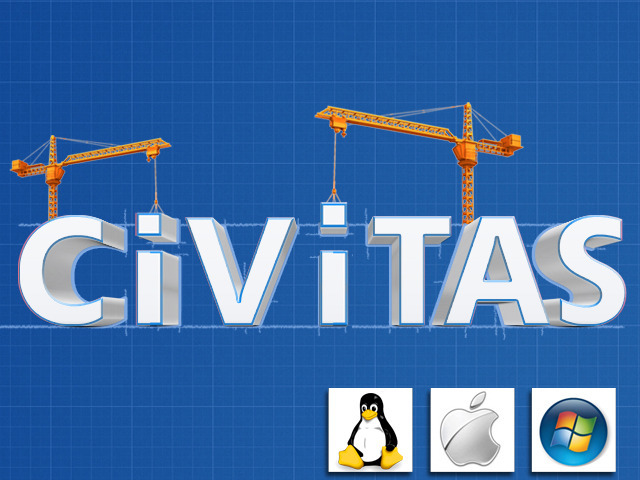 Angry About SimCity? This Kickstarter Wants Your Support

SimCity's servers have been troubled since Tuesday's launch.  Reviewers had had trouble signing into EA's servers, severely limiting his ability to play. People on many, many forums have complained and provided thoughtful criticism against EA's "always online" solution for SimCity.

Developer G.A.M. wants to provide an alternative, namely a simulation game titled Civitas. Touted as DRM free, and slated to feature both a single and multiplayer component, the Kickstarter page describes Civitas as, "a revolutionary, open ended, community driven, highly moddable city building game, where you are not only responsible for terraforming the land, zoning, and building the structures, but you will also be able to manage many other aspects of your civilization." More specific features are broken down on the page as follows:

The plan is to release Civitas as a beta in November to people who back it at the $25 tier or higher. The studio wants to get the community involved in the development before the project finishes.
The studio also isn't afraid to call out EA, whom they say is, "forcing the worst form of draconian DRM on its players known as the "Always On-line" requirement." Check out the page on Kickstarter to learn more about the plans for Civitas.

Here is a bit more Civitas Info:
already started working hard on the tools and features to allow players to experience a level of freedom that has never been offered in a city simulation game before. But, we are not setting anything in stone. We want to build a community as well as amazing game. We will be asking for feedback from beta users through out the entire development cycle to make sure players have everything they need, and as much freedom as possible.
For instance, the terraforming system in Civitas is going to be far beyond what anyone else has offered in a city simulation game before. We are working towards letting the player do more than simply just flatten land or add trees. You will be sculpting everything from shorelines and river systems, to entire mountain ranges and canyons. We want you to be able to truly create the perfect canvas for your city. But we also need this system to be extremely user friendly so that it can be as powerful as we need it to be. We will need your feedback early in this process.
This level of depth will extend to every aspect of the game. From zoning and resources to utilities and tax systems, as a player you will have a new level of control of your creation. As a contributor, you will have a say in how this is all accomplished.
Using "Permits" will be key to building your city the way you truly want it to be built. When you zone your land you will have much more control over what it is used for than has been offered before. You will have the ability to limit what the land can be used for to help develop areas of the city more realistically. Like say for instance you want to build a lake front community in the mountains. First you zone the land that you want to use for residential buildings as "Residential". It does not stop there though. No matter the size of your city, or any other unrelated characteristic of your city, you can issue a permit that only a certain amount of houses can be built on that section. The smaller the amount of permitted houses will cause the houses to be much larger. You can also limit it by price as well. So in the example of the lake front community, you can issue permits so that only nice houses can be built there. This enables you to build truly realistic cites.
This feature will also be used when setting up roads, power sources, and other aspects of the city.
Civitas will also of course feature realistic weather, natural and unnatural disasters, and daytime/nighttime cycles.
One of the main reasons we are working toward giving you such freedom is the fact that we are going to develop the tools necessary for mods of all types.
Civitas will release as a city building game with modern tools and structures. For instance, it will feature modern power sources such as wind, solar, natural gas, and hydroelectric. The architecture will also be modern. This will be perfect for our vision of Civitas, but you may not want to play in modern times. You might want to build a city from the Wild West, ancient Egypt, or even a completely fictional setting from a book, movie, or TV show. We will give you the tools to build your own structures, power systems, and other tools to make Civitas the game you want it to be. It's all about giving you the freedom to do that. We will even help you create unique natural disasters as well. I mean you never know when you might want a giant lizard to attack your city right?
Civitas will not only be a fully featured city simulation game, it will also be built to be a strong engine for your creations as well.