TING SMART SERVICE
One Smartphone/Portable Cell & Data Service For ALL!!

This may be a cellphone, smartphone, Internet Data Service for You!
Finding about this new service for notably cheap and smart service

This may be a cell phone, smartphone, Internet Data Service for You!
Finding out about this new service for notably cheap and a very smart service has been emerged from the depths of somewhere lol. This is a service based off the Sprint Network offering a plan for everyone from a basic calling plan to a all in one smartphone plan that anyone could afford with NO hidden costs, NO major overage charges, AND easy service cancellation! 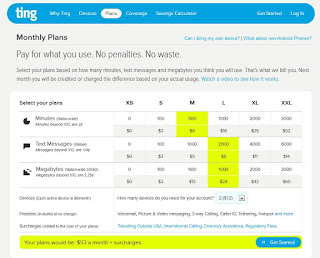 Ting also boasts their plans are made by you the customer with a slide chart to meet your needs.  If you only call then select your minutes needed, only text lower the minutes add lots of texts, need data added it at will!! If using a smartphone you don’t even need to purchase a data plan just use the calling or texting or minimize them and use your wifi for calls, texts, data, Ect!! The other upsides that this company provides is that if you don’t use all of your plans features like minutes, texts, or data they then PAY YOU back the not used part of the plan HELL YEAH! If you’re the person who may go over a certain part of the plan they charge only a fraction per min, txt, or data you use or went over with. Ting also has only Data hubs if you want only broadband for your laptop, pc, or device offering a hotspot or USB connectors for this Amazing! 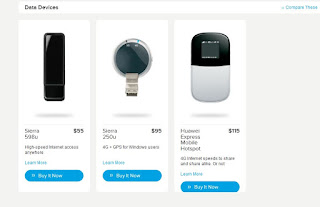 The only downfalls to this service that I can see are the lack of 4G coverage offered by Sprint and this network in certain areas which to me not a biggie! And the amount of choice in phones or for us geeks Smart Phones is lacking to a handful of new Android phones, NO Iphone Sorry Sheep I Mean Apple People, and only one dumb phone which who cares this service is for the smartphone & data people! You can transfer your number to this service but not your current phone which won’t work with this service! 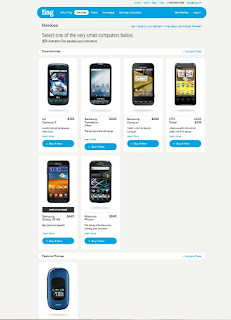 All in all this is a great service that I currently don’t have yet until my Verizon contract is up in 11months, 9days, 12hours, 15minutes, & 4seconds from when I wrote this! When I switch to this service I will be sharing my smartphone service with my mother for her new smartphone that she will get. With this company they do a great job in a service sharing plan with a only $6 per phone or device charge which two or more can share off the same plan, which is what I always wanted unlike Verizon’s $20 per line charge! Currently I pay about $115 to $129 per month for my smartphone service with my mom only having a basic phone with NO data & NO texting!!! This plan that I have prepicked on Ting Includes 2 smartphones, 500minute calling, 2000 texts, & 2000MB data for ONLY $71.00 per month + Government Surcharges which No One can get away from! So I would be saving around $44 to $49 per month which is a lot! At least for someone like me that can be a lot unlike you rich people out there. And this has and all included Voicemail, Picture & Video messaging, 3-way Calling, Caller ID, Tethering, Hotspot, call forwarding, number transfer in or out, & account canceling at NO EXTRA CHARGE Verizon & AT&T!!!  So if you can live with the limited selection on smartphones which to me some are the newest with Gingerbread on them like the Samsung Nexus 2 4G & the Motorola Photon 4G which are simply great devices to me, Ting also stated that they are currently looking in to getting a great number of new phone and maybe the Iphone as well.

In closing why is this service so cheap you may ask & why don’t others do this? Well here is the thing which is why I left it to the last part of this article in not to scare you! The fact that when you get one of these devices is to pay FULL PRICE on them so $500 for the Samsung Galexy 2 $G & $580 for the Moto Photon 4G which no subsidized phones! This is good I would rather pay for the full phone without a bunch of crap on it any paying hundreds to even thousands more for it in a service plan from the big two carriers to paying maybe up to $80 or $90 for two smartphones on a duel plan or even adding new ones for only $6 per device!

In my conclusion this is certainly a great starting up service which needs to be looked at and joined which like I said in under a year I will look into switching over right now I’m using all the data I can on Verizon with my unlimited grandfathered in account until the date Hey I Pay For It!
Visit Ting @ Ting.com

ENJOY!
ALSO HERE IS A TING VIDEO TO FIND OUT MORE!!

So For Any Comments Or Questions Post Below or EmailUs: corecast2011@gmail.com