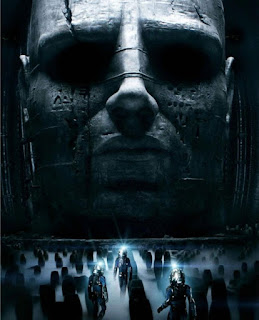 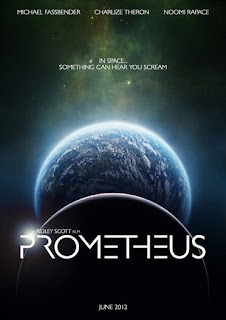 Action | Horror | Sci-Fi  -   8 June 2012 (USA)
A team of explorers discover a clue to the origins of mankind on Earth, leading them on a journey to the darkest corners of the universe. There, they must fight a terrifying battle to save the future of the human race.

This is the upcoming Prequel to the alien franchise but not how you would imagine the franchise as it supposed to not include the aliens as they are in the original trilogy but as they have began. Ridley Scott the creator and director of the original alien film wants to take us back to the beginning the way beginning before Ripley or anything that is the franchise! Nothing else is known about this film except for its release and the sneak peek images and trailers given to us all. I for sure am a big alien & predator fan and can't wait to see their origin in this film.

This Film Is Going To Be Epic!!!
VIDEOS BELOW:

UPDATE: More Film Info:
Prometheus is an upcoming science fiction film directed by Ridley Scott and written by Jon Spaihts and Damon Lindelof. The film stars Noomi Rapace, Michael Fassbender, Guy Pearce, Idris Elba, Logan Marshall-Green and Charlize Theron. The plot follows the crew of the spaceship Prometheus in the year 2085, as they explore an advanced alien civilization in search of the origins of humanity.
Conceived as a prequel to Scott's 1979 science fiction horror film Alien, rewrites of Spaihts's script by Lindelof developed a separate story that precedes the events of Alien, but which is not directly connected to the films in the Alien franchise. According to Scott, though the film shares "strands of Alien's DNA, so to speak", and takes place in the same universe, Prometheus will explore its own mythology and ideas. Principal photography began in March 2011, with filming taking place in Canada, England, Iceland, and Spain. Prometheus is scheduled for release between May 30 and June 8, 2012 in various territories through 20th Century Fox.