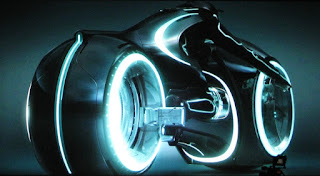 Tron 3 is going to be made stated Tron: Legacy writers Edward Kitsis and Adam Horowitz.
They stated that a script is being written as they speak and even though they are not writing it due to scheduling conflicts they have read it.   "We are working on a sequel," said Horowitz in a roundtable interview attended by io9. "Eddie and I aren't writing the sequel -- because of the show [Once Upon a Time] we've moved to be co-producers on it. But there's a script being written right now."

"Dave DiGilio is writing it," added Kitsis. "[Joseph Kosinski] is right now shooting Oblivion, but we've had a lot of meetings and conversations and we've seen the first draft of the Tron sequel."

Asked about the possibility of Jeff Bridges reprising his role as Kevin Flynn -- even though (SPOILERS) his character presumably died at the end of Legacy -- Horowitz responded, "I would say the definition of life and death in the digital realm --" finished Kitsis, "Will be explored in the sequel!"

And if Olivia Wilde's character Quorra will also return, Horowitz paused and stated no comment on the subject. 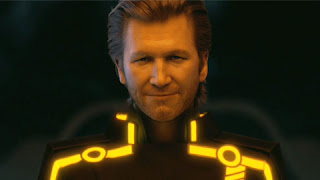