MICROSOFT NO NEW CONSOLE IN 2012!
&
ARE CONSOLES DIEING? 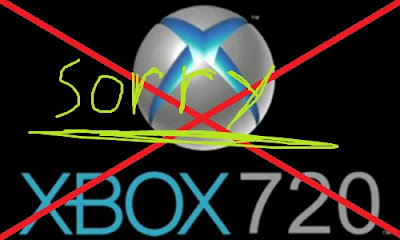 NO 720 THIS E3
1ST on the act of E3 Microsoft has broken silence on the fact of their new upcoming console the Xbox 720 or Durango code named system. The company has sent out a statement on the fact they believe in their current generation console the Xbox 360 & that it will be the focus point of E3 this year NOT the so called 720!

The statement from Microsoft follows: "While we appreciate all the interest in our long-range plans for the future, we can confirm that there will be no talk of new Xbox hardware at E3 or anytime soon,"

This is due to the increasing popularity of the Xbox 360 outselling time over time, and all the soon to be released games to come over this year. So why would they release new hardware when they don’t need to yet there is still some potential left in the aging 360 and 1 more year wont hurt it. As more consumers noted on the 360’s successor Microsoft has said that they would hold their ground till the future. And as for me I always believed in Microsoft’s earlier stated 2013/2014 unveiling and release, so everyone in the gaming world save those pennies and get a part time job because when the new console does show its face you will want to be prepared!

ARE CONSOLES DIEING?
As we the consumers people of short term lasting appeal in the age of innovation and the ever dropping cost to produce we demand more!  As 2012 is underway gamers/consumers demand something new that will dazzle them in innovation and what the console or device can do.  But as the companies are concerned the ever increasing cost of innovation to them is a high risk to their pocketbooks and the longer they can hold off designing/producing a new console they could save millions in revenue.

The traditional games business is worth around $25 billion a year, so why do some state that console gaming is dead? What the hell are they talking about, ever growing game libraries and innovation to today’s console with making in an all in one entertainment device selling bits like crazy, why would it be dead?  None of this is good. The things that we are supposed to believe will "replace" consoles aren't as good at playing games, aren't designed for this specific, sacred purpose, aren't as emotionally interesting. The death of consoles, if such is their fate, would be a disaster for 'gaming' as we who game understand the term. There is no circle of life crap going on here. It's all bad. 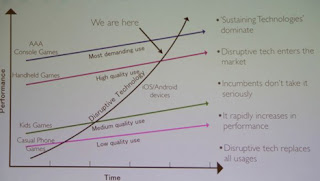 As Ben Cousins' argument from GDC “Between them, the business units at Sony and Microsoft have lost a whacking $10 billion since 2000.” he stated this making it noticeable to all the developers. But isn’t innovation made possible by spending a bit of capital for research and design? Well yes it is very much so building the unit and testing that unit takes time and many redesigns for the final product. So yes don’t cut corners and develop something that with stand the courses of time.

If Microsoft, Sony, and Nintendo decide to slow down the production of consoles or even want to stop producing then for a long time they will have to build the hardware to last. Sure this could make the final product expensive but if done right it could provide longevity to the hardware. Make it easily upgradeable from the hardware with card slots ect. or make it just software based by keeping the hardware powerful as the newest PC then by adding to the software base with improvements and innovations of design can prove a long term product.  I don’t know exactly how long a console like that would last but I’m guessing a good ballpark of 8 to 10 years, if done right saving a lot of money to the consumer & businesses like Microsoft and helping game makers know their console to program for by tweaking and bettering their software.

So now in 2012 and more Tablets & smart phones come into play people turn to them for their gaming, which in my mind is crazy! Neither a tablet nor a smart phone can replace a machine devoted to gaming like this with a real controller not just a touch based screen but with physical buttons!     Yes I like certain games via just touch screen but that’s not where I want gaming to fully go. 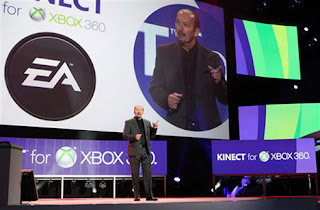 People everywhere still ask and beg where are our new consoles? But the true fact to the matter is what’s wrong with our current generation consoles? I say nothing and will wait till 2013 or 2014 for the next Xbox and will be happy for the titles that are soon to come.
Some will debate that the console is going to die just like some say physical media will go away but until I see that day coming it won’t for now. Looking at scarce internet in certain areas fake bandwidth caps with higher prices, and the face that cloud saving still has very many faults disk based media is here to stay till solid state media gets cheaper. And consoles wont die to the vast amount of things they can do in entertainment from games to films soon to being cable or satellite boxes with built in DVR functionality. I see consoles staying for a very long time just in different functionality.