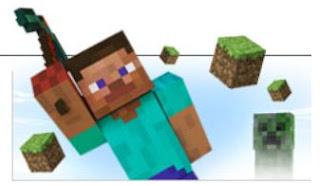 MINECRAFT FOR XBOX360 XBLA
Minecraft's official release date has been revealed for Xbox LIVE . Xbox 360 gamers can expect the first console based building game to land on May 9.
MineCraft for Xbox Live Arcade will be 1600 Microsoft Points cheaper than its PC counterpart.
Minecraft officially launched on PC last fall after a beta period sale. During that beta, the game quickly became a sensation among PC gamers selling millions of copies. The 360 version will feature the same brand of sandbox building gameplay along with new four player splitscreen.